Strategy
About Dawn of Titans

Dawn of Titans is an Action Strategy game developed by NaturalMotion.

In Dawn of Titans, players are immersed in a breathtaking, high fantasy world as they lead Titans into epic battles with thousands of soldiers. Players build their kingdoms to fuel their army, raise Titans and fight battles at epic scale to capture territory. The Dawn of Titans experience is set within a kingdom that looks, feels and sounds real. NaturalMotion has designed every element of Dawn of Titans – from the trees, to the waterfalls, to the Titans, to the battles – to push the edge and create an entertainment experience that supersedes anything found today in the Action Strategy category.

Current Wiki details regarding Dawn of Titans may change with future updates. 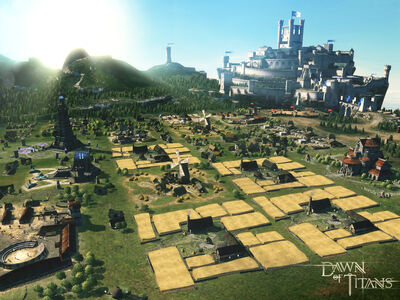 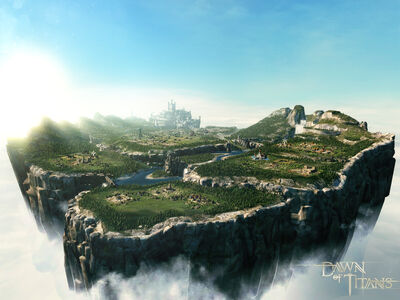 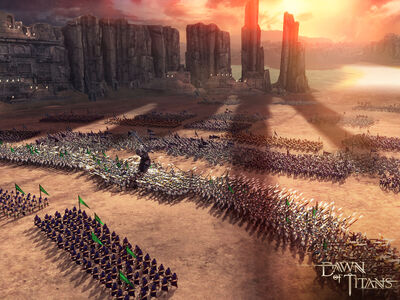 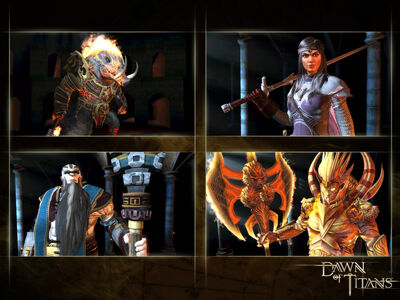 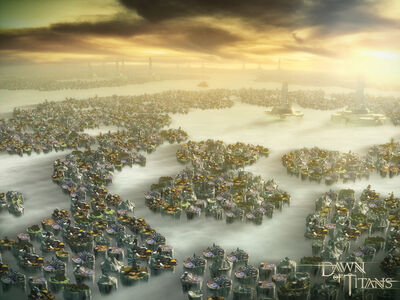 Dawn of Titans Links
Official page
Developer
Wiki
Help Wiki
General Help
Getting Started
Editing pages
New pages
Moving pages
Basic images
Links
Community
Register
How to help
To write a new article, just enter the article title in the box below or in the search box at the top of the page.
Main page sections: Top · Flex · Bottom. Changes for the main page can be proposed here.