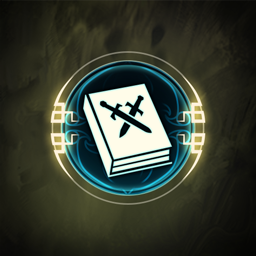 Attacking players with a higher Castle Level than you earns you a Brave Bonus, which can mean rewards of up to twice as many Resources. On the other hand, attacking a player with a lower castle level than you will result in a "Dishonor" penalty which reduces the rewards you receive – if you're much more powerful than they are, you'll receive no reward at all.

Each City or Land can only be attacked by a single player at the same time, so if another player is attacking a Land you cannot enter the battle screen.

If a Land has been successfully looted by another player, a Shield will automatically raise over the looted land. The Shield will last 12 hours for a City and 3 hours for a Land. Do note that only the particular Land that has been attacked will get a Shield, so it is possible to be attacked simultaneously by different players on different Lands. If you launch an attack while your Lands are shielded, all your Shields will be broken, and you'll immediately become vulnerable to attack.

You are able to see who has attacked your Lands by selecting the Battle Log icon located near the middle of the left most side of your screen. It will look like your Quest Log but with a sword next to it. An attack on your Lands will cause a red alert to appear on your Battle Log.

Once you're in the Battle Log screen, you will have the option to have your revenge on any players who have attacked you.

There are many options open to you on the battlefield. You can command your Troops singularly or collectively. By tapping on a single Unit, you can give that Unit commands separately from the others. By double-tapping a unit, you select all other Units of the same type.You can also rotate your Units to face any direction by tapping and dragging on the circular rotate icon. You can give your Units their initial orders by dragging an arrow from them to their target or by simply selecting the "stand ground" option located near the bottom left of your screen.

If you run at enemy Units, you will get a charge damage bonus for your first attack (Militia, Panthers, and Pikemen only). If you attack an opponent's Units from the side or from behind, you get a flanking or rear charge damage bonus for your first attack. There are many tactics for both new and veteran players! Remember that certain Troops are stronger against others, so plan your attacks well!